In general I try not to be snobby about my California ways. It's not helpful, and it's certainly not going to win me any friends, but here's where I probably cross the line: chow mein.

In California, chow mein is a delicious dish with noodles. Well, of course, all of you west-coasters are thinking. Mein means noodle, doesn't it?

Out here in New England an order of chow mein will get you a gloopy gravy mess of veggies and meat with not one noodle in sight. The first time I ordered chow mein, I thought the restaurant got my order wrong. The second time, I thought it was just that one lousy restaurant, and then I tried again somewhere else (I can be tenacious when it comes to my chow, I suppose). "No, it cant' be true," I cried to R upon opening the little white to-go carton. Alas.

There's a lot of conversation on the web about the difference in east coast and west coast chow mein, but no one seems to be certain about the reason for it. Some people say that noodle-less chow mein is Cantonese style. I don't know if that's true; all I know is, I want some stinkin' noodles.

My friend Bio Mama, who is also from California, suggested I order the lo mein next time. I'll let ya'll know how it turns out.

Also, while I'm being obnoxious, everyone out here pronounces the word loam, "loom." The landscaper told us we needed to get a good loom, and I thought, "but we don't own sheep."

It's ok, I pronounced the word for wet concrete, "sea-ment" long into adulthood, until a good friend laughed heartily at my use of the word. Next thing you know, I'll be saying "loom" too.

Laura Grodrian said…
I hear ya sister! Worst Chinese food I ever had was in Scotland. Everyone in line in front of us ordered "chips" to go with their take-away which Todd and I thought was hilarious and silly because NO ONE in California would EVER order a side of french fries with their Chinese. We got the food back to the B&B and realized our mistake. The Chinese food was glutinous and nasty and the fries probably would have been the good part of the dinner. Went to bed hungry that night!
October 27, 2009 at 1:50 AM

Thedorment said…
ha i had the opposite reaction when i moved to cali i wanted lo mein and no one knew what i ment until i said im from the east coast lol got some chow mein
December 14, 2011 at 3:27 PM 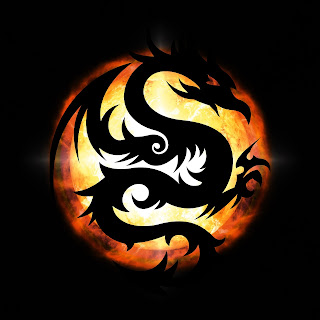 It's poetry month, and to celebrate I'm posting one new poetry prompt each day on my Facebook author page. Follow me over there if you're interested in writing poems! You might even pretend you're a dragon if that's your thing.

In other news, a snippet of my poem, "Losing Your Breath," was read on NPR's All Things Considered. Have a listen! And then check back at ATC each Sunday in April for new and more poetry.

The original and full poem from which this snippet was read was published at Superstition Review if you want to take a peek over there.

Finally, I have a Behind the Words interview up at Spry Lit if you want to check that out. Thanks to Erin Ollila for chatting with me about my poem, "Some Good Thing May Yet Happen," which was published in issue 6 of Spry.

P.S. Forthcoming: Two new poems at Terrain.org. When they're live you'll hear me bellowing from the rooftops. Until then, happy poeming. 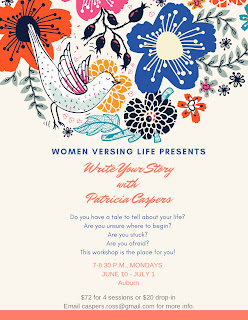 I'm offering-- for the first time ever-- a memoir workshop.  Join me! 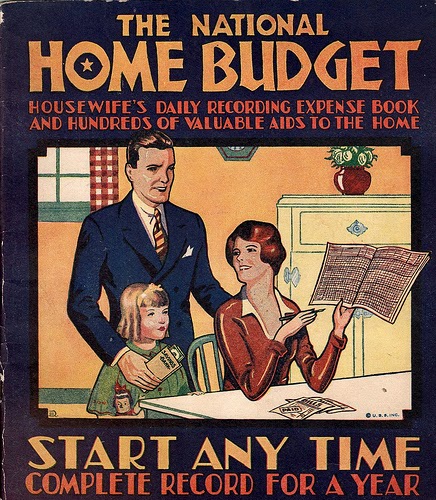 Writer on a Budget

R and I have recently allotted ourselves $125 per week to spend on groceries, down from the $225 we (OK, I) normally spend on food.

Since moving to California, I've had some, hrm, difficulty in finding gainful employment. My intuitive friend says this is because I'm supposed to be writing instead of job searching.

She may have a point: Before my first job interview, my front tooth fell out. While driving to the second job interview, the button popped off my shirt, revealing a lot more cleavage than is appropriate while discussing one's organizational skills. Before the third job interview, I got out of the shower and realized that Sweet P had run off to San Francisco with my blow dryer. I dashed over to my mom's house and dried my hair with time to spare-- no problem, right?

Then on the way to the interview, I took a wrong turn and somehow managed to end up in front of the exact apartment building where, when I was 13, my dad and I sat in the driveway in his El Camino…